We’re officially in a season in the Dana household when there is so much going on it’s actually comical. My Lenten discipline of “doing nothing extra” could not come at a better time… though it’s often hard to figure out what’s “extra,” and even when one separates the wheat from the chaff, there is still more to do than time to do it.

So here’s a quick Friday Link Love. Maybe like me you need a little palate cleanser between must-do tasks. Hope these bring a little joy and inspiration.

First, the obligatory links of self-promotion:

Sabbath in the Suburbs was reviewed in the Christian Century. Who wins the cage match between MaryAnn McKibben Dana and Rachel Held Evans? OK, I’m kidding, but how wonderful is this:

MaryAnn McKibben Dana’s Sabbath in the Suburbs: A Family’s Experiment with Holy Time will probably make a much smaller splash than Evans’s book even though it is one of the most helpful and well-conceived books on spirituality I’ve ever read.

Many thanks to Bromleigh McCleneghan, who wrote a pretty awesome book herself.

Seond link: here I am on God Complex Radio.

And finally, we’re having a giveaway on GoodReads—three signed copies of the book. I’d love to give one to a Blue Room reader!

Now on to the show:

March 1-2 is the annual day to put away the cell phones. iPads and laptops, and savor the world of relationships right around you. Here are some ideas to get you primed for the big day.

17 Mesmerizing Before and After Photoshop GIFs — Buzzfeed

Love your self. Love your body.

Using the Crowd to Save People after Disasters — Fast Company

In the aftermath of a major disaster, it’s hard for aid workers to know what’s happening on the ground, and to direct resources where they are needed most. That’s when text messaging and social media can help. By analyzing tweets and other snippets, it’s possible to see trends–say, where people are trapped, or where there are water shortages–and do something about them.

The issue is the analysis part, says Lukas Biewald, CEO of CrowdFlower, a San Francisco company that finds people online willing to do “micro tasks” (normally for commercial purposes). One, you’ve got a huge amount of data to sift through, and not a lot of time. And two, all the text might be in a language–or filled with local references–that you don’t understand. You need some way of crunching it quickly, using people who aren’t put off by colloquial or foreign terms.

Patrick Meier, director of social innovation at the Qatar Foundation’s Computing Research Institute, and a member of a group called the Digital Humanitarian Network, says crowdsourcing can help. Following last December’s Typhoon Pablo, in the Philippines, DHN identified 20,000 relevant tweets, and then called on CrowdFlower to find volunteers to make the first assessment. The groups identified, one, messages with links to photos and video, and, two, messages that referred to damage that could be geo-tagged. From about 100 tweets, the UN Office for the Coordination of Humanitarian Affairs (OCHA) could then build a map plotting damaged houses and bridges, flooding, and so on.

An Artist, 25 Years in the Making — Imgur

An artist posted photos of his artwork, starting when he was 2 years old. Lovely to see the artist emerge. 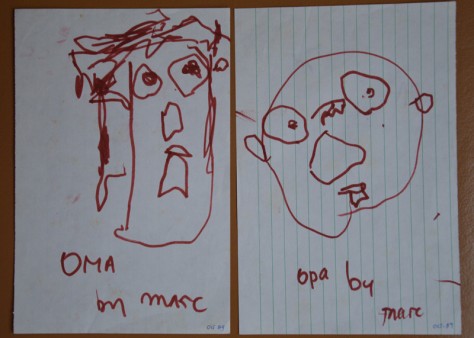 A Presbyterian minister who helped resolve bloody conflicts in Sudan reflects on his long career of peacemaking in America and Africa.

Bill Lowrey is a friend and colleague here in the greater DC area an amazing inspiration. I love that Faith and Leadership saw fit to feature him on their site. People who think that Christianity is nothing but hate and intolerance need to read about this fine man who has quietly and humbly devoted his life to peace and justice.

Peace be with you all. 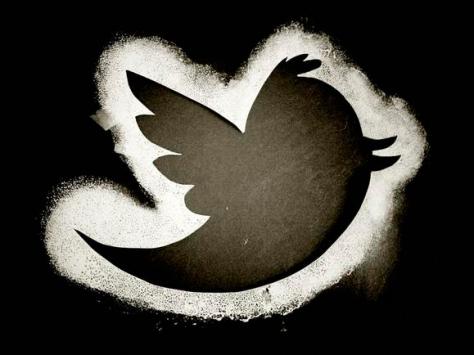 A friend of mine likes to say, “Sometimes the pastor’s main job is to be the grownup in the room.”

Sometimes the “room” you’re in is the Internet.

And sometimes we need to model healthy communication, despite the fact that we’re subject to the same fears, insecurities and foibles as anyone else. It’s easy to hide behind a screen.

Do you have rules and norms for social media and e-mail? Here’s one of mine. It’s not hard and fast but I’ve found it to be useful:

When you’re dealing with sensitive subjects, or the potential for hurt or angry feelings, “bump it up.”

In other words, however the person contacts you about an issue, you respond with a more direct mode of communication.

One level up should do it. If they send you a text message, you respond with a phone call. If they send an e-mail, pay them a visit.

What do you think? Share your rule or experience in the comments.

I read with interest this blog post about people who do not do e-mail:

In our recent conversation, [my friend] said that she find writing emails very uncomfortable. When she opens a newsy email, she feels paralyzed, and she is utterly unable to respond. Another friend expressed a very similar response to long newsy emails. She said they make her feel completely frozen and she can’t think of anything to write in response.

…This email conundrum reminded me of our two sons, neither of whom live near us. One son loves to talk on the telephone or by Skype, and the other son hates those two means of communication. Our second son blogs and sends emails, so we are in touch with him, but he has never liked talking on the phone to us or to his friends.

The proliferation of social media and technology makes ministry (and life in general) easier and more complicated at the same time. It’s fantastic to address a quick issue with a text message exchange. I receive lovely e-mails from church members, opening up about pastoral stuff they would never say face to face.

My general rule is that I rarely “downgrade” my responses. If someone calls me, I don’t send a text message in response. Occasionally, if it’s truly a quick answer, or time sensitive and all I have time for is a text (e.g. kid bedtime), I will and be done with it. But I have also regretted it a couple of times, when I failed to discern that there was an emotional need there, underneath the ministry question. The person felt dismissed by the text. In fact, we may need to “upgrade” the response (answering e-mail with a phone call, answer phone with face to face) in order to model good communication skills and get to the heart of the matter.

Moving beyond ministry, if we have faraway friends and family we want to keep in touch with, we should make an effort to learn what their preferred medium is. Sort of like love languages. We can’t always honor their preferences, and each of us has our own preferred modes of communication. But taking their own comfort and preferences into account is the hospitable thing to do.

I take a three-day tech Sabbath from social media every week. My mother really doesn’t like it because she likes knowing what’s going on in my life. This puzzled me at first—why don’t you just call or text if you want to know what’s going on? Now I make an effort to keep in touch with her in other ways during that time. When I was in Minnesota I sent her a daily e-mail update, which was good for me (gave me a chance to look back on my day) and for both of us (I enjoyed getting her responses, which shared deeper info than she puts on Facebook).

I recently asked folks on Facebook whether phone conversations are on their way out. Many people admitted that they don’t like the phone or use it much anymore. I sometimes feel awkward on the phone, particularly when it comes to ending the conversation. (Have I kept them too long? Am I getting off too abruptly?) But on balance, it’s a positive in my book. There is no substitute for hearing the other person’s voice. By contrast, a friend of mine says her college-age daughter will have long conversations with her significant other via text. It slows them down, she says. It allows them to say things that they would find it harder to say face to face. As a writer, I appreciate that the written word has this power. (I also know that that power, combined with anonymity/physical distance, can provide a means of harming others. It happened to me just this week, in fact.)

Then there’s Google+. I really like the way it works, and often feel completely ‘done’ with Facebook. Except that I have dear friends there. But it depends on how you understand the purpose of social media. If it’s a way of keeping in touch with loved ones, then you will keep doing it. If it’s a means of recreation and conversation—a cocktail party, if you will—you can have a more “bloom where you’re planted” mentality.

I know I will not keep up with both long-term. So I think about whether it makes sense to go with Google+, cancel or suspend use of my Facebook account, and keep up with my closest FB friends in other ways. One of the complications of this technology is that the idea of “seasons of friendship” is becoming obsolete—the idea that a friend is a friend in a particular time and place and maybe not forever. With social media, you need never lose touch again!

I’m not sure that’s a good thing.

Then again, long-time friendships are precious.

What do you think about all this?

Order Sabbath in the Suburbs through Amazon or Chalice Press.

This work by MaryAnn McKibben Dana is licensed under a Creative Commons Attribution-NonCommercial-ShareAlike 3.0 Unported License.