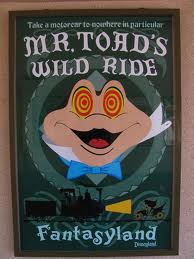 It was a very good weekend with my extended family in Arizona. It was fun to get reacquainted with my uncles, aunts and a few cousins, and to have some good conversations with Grandpa. It was also hard. My uncles look (and in some cases act) so much like Dad that I was doing emotional double-takes all weekend. It is cruel, how quickly and mercilessly he left us 10 years ago.

Grandma’s funeral was lovely, and I was humbled to be able to preach. As we made our way to the columbarium, we were treated to a bright Arizona sun and snow flurries at the same time. Wonderful.

But now I am back, and desperately tired. And the busyness has only just begun—I won’t bore you with the litany of stuff on the Dana family/career to-do list, but our calendar doesn’t give us an exhale until March 6 or so. It will come, but it’s gonna be Mr. Toad’s Wild Ride until then.

And let’s be honest: some times are like that. I have many friends who are asking me with all kindness when we will have a Sabbath. And the answer is, over the next several weeks, we will be measuring Sabbath in hours, not in days. And that’s just the way it is.

And I feel OK with that, because I am keeping two things in mind:

1. Living Sabbathly. When I was writing the book I was frustrated that there was no adverbial form of Sabbath, so I invented one. Sabbathly means “to live in the manner of Sabbath.” One can live in the busy times with a spirit of attentiveness and freedom. One can hurry without haste. One can move in time and space with a sense of openness and flow. One can laugh at the sheer too-muchness of it all. And one can trust that the crazy time will end.

2. Doing nothing extra. I picked up that phrase in a book about labor and childbirth. I think it had something to do with not tiring oneself out during early labor by obsessively cleaning house, etc. Rest up for the marathon that is to come—not just the labor but the baby boot camp that will follow. So for the next few weeks, I will do nothing extra. The non-essential tasks can wait, or I can delegate them to the floor.

What gets you through Mr. Toad’s Wild Ride?

[Cross-posted at the Sabbath blog.] 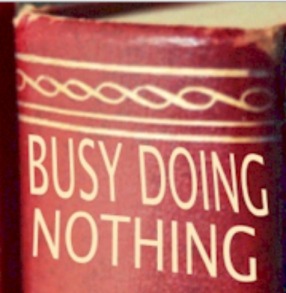 From the Pacific Standard. According to a new study:

Who among us are the most happy? Newly published research suggests it is those fortunate folks who have little or no excess time, and yet seldom feel rushed.

This busy but blissful group comprises 8 to 12 percent of Americans, making it “a small and unusual minority within the general population,” writes University of Maryland sociologist John P. Robinson.

According to his analysis, the happiness level of this group is 12 to 25 percent higher than that of those of most Americans. What’s more, while the general population’s happiness level is going down, theirs is increasing…

So the question is, how does one cultivate this busyness + lack of hurry? Is it a person’s temperament? Or is it a matter of circumstance?

And what might Sabbath—an intentional time to stop, look, and listen—have to do with it?

Some things I found captivating, thought-provoking, or just plain fun this week:

NPR Tries to Get Its Pressthink Right — PressThink

With [the policy], NPR commits itself as an organization to avoid the worst excesses of “he said, she said” journalism. It says to itself that a report characterized by false balance is a false report. It introduces a new and potentially powerful concept of fairness: being “fair to the truth,” which as we know is not always evenly distributed among the sides in a public dispute.

Maintaining the “appearance of balance” isn’t good enough, NPR says. “If the balance of evidence in a matter of controversy weighs heavily on one side…” we have to say so. When we are spun, we don’t just report it. “We tell our audience…” This is spin!

Each thing I do I rush through so I can do
something else. In such a way do the days pass—
a blend of stock car racing and the never
ending building of a gothic cathedral.
Through the windows of my speeding car, I see
all that I love falling away: books unread,
jokes untold, landscapes unvisited. And why?

More at the link. Powerful.

Day 7: Give 5 items of clothing to Goodwill

Day 9: Do someone else’s chore

Day 10: Buy a few $5 fast food gift cards to give to homeless people you encounter

Day 12: Pray the Paper (pray for people and situations in today’s news)

Gordon has been blogging each day during Lent—good, heart-wrenching stuff from his vantage point as a former pastor. His mini-essays have become daily reading for me, since the book our congregation is using was written by yours truly.

I don’t have much to say to God these days. No requests. No praises. No promises that I’ll be a better boy. It’s not that I have anything against talking to God. It’s just that I did so much of that for such a long time. I grew up in the Baptist church where all we did was yammer on about this and that. Then I ended up being a preacher for twenty years. I’ve done my share of talking is what I’m saying. I’m kind of in a season of quiet these days.

I like to say I’m listening to God, but I’ve never heard God say anything. I get messages now and then but they always come through a side channel.

What I do these days when I pray is get very quiet. You have to work hard at real quiet. It takes me about twenty minutes to settle in. The Quakers taught me that. At first I thought the Quaker meetings seemed kind of long. Later I found myself arriving early so I could get calm ahead of time because I was losing a third of the hour to the fidgets.

Elaine Pagels on the Book of Revelation — Adam Gopnik, The New Yorker

Pagels … shows that Revelation, far from being meant as a hallucinatory prophecy, is actually a coded account of events that were happening at the time John was writing. It’s essentially a political cartoon about the crisis in the Jesus movement in the late first century, with Jerusalem fallen and the Temple destroyed and the Saviour, despite his promises, still not back. All the imagery of the rapt and the raptured and the rest that the “Left Behind” books have made a staple for fundamentalist Christians represents contemporary people and events, and was well understood in those terms by the original audience. Revelation is really like one of those old-fashioned editorial drawings where Labor is a pair of overalls and a hammer, and Capital a bag of money in a tuxedo and top hat, and Economic Justice a woman in flowing robes, with a worried look.

What’s more original to Pagels’s book is the view that Revelation is essentially an anti-Christian polemic.

It will be an online church.

It’s an intriguing prototype (to use language we heard at NEXT) and I think I’d sum up my opinion of this with one of the comments: “Please push the envelope on this, while regarding the en-fleshed experience of the gospel as essential.”

Why It Matters That Our Politicians Are Rich — Boston.com

Politicians would like us to believe that all this money doesn’t matter in a deeper sense—that what matters is ideas, skills, and leadership ability. Aside from a little extra business savvy, they’re regular people just like the rest of us: They just happen to have more money.

But is that true? In fact, a number of new studies suggest that, in certain key ways, people with that much money are not like the rest of us at all. As a mounting body of research is showing, wealth can actually change how we think and behave—and not for the better. Rich people have a harder time connecting with others, showing less empathy to the extent of dehumanizing those who are different from them. They are less charitable and generous. They are less likely to help someone in trouble. And they are more likely to defend an unfair status quo. If you think you’d behave differently in their place, meanwhile, you’re probably wrong: These aren’t just inherited traits, but developed ones. Money, in other words, changes who you are.

Read the studies for yourself and tell me what you think.

Have a good weekend, everyone.

Thanks to my friend Suzanne for sharing a blog post by Tara Gentile. This quote in particular spoke to me:

Now, there’s more that can be said about busyness that’s not all shadow side. When we live a life of connectedness and relationship, that costs us something in time and energy. People depend on us for real, tangible things. A person who’s not needed by anyone else is living a sad existence.

But there’s something in this quote that both describes me, and is also everything I fight against in my life. This is why I think, write, preach and live so much about Sabbath.

Maybe that’s why this E.B. White gem is forever one of my favorites:

Order Sabbath in the Suburbs through Amazon or Chalice Press.

This work by MaryAnn McKibben Dana is licensed under a Creative Commons Attribution-NonCommercial-ShareAlike 3.0 Unported License.